skip to main | skip to sidebar

YFE Plan to Adopt Another Village 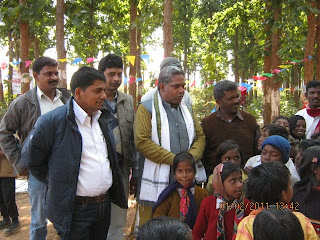 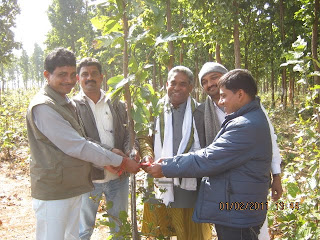 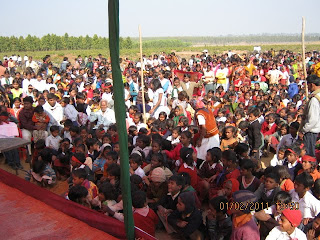 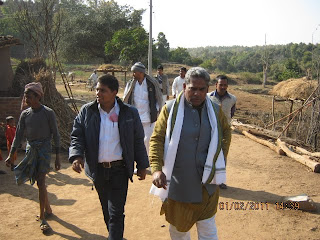 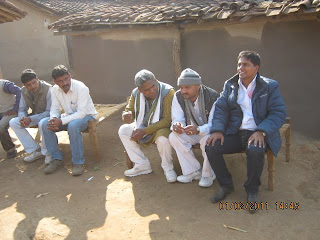 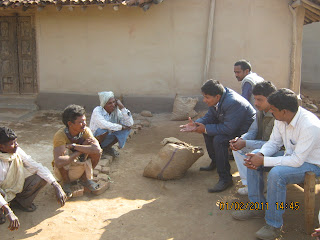 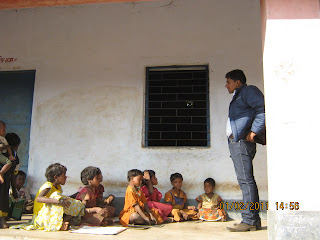 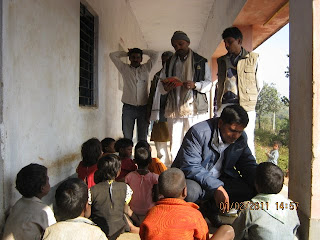 After successfully adopting the Lodhma village in Ranchi district of Jharkhand, the team of Youth for equality is studying the prospect of adopting another village in Jharkhand. Youth for equality team members visited a village Sijhua of Echak block in Hazaribagh district of Jharkhand. The village Sijhua is around 55 km away from Hazaribagh. It is still untouched with development. Recently district administration has connected this village with a Kaccha road and electricity (3to 5 hrs/day). Sijhua village has one primary school which has been built recently. It is manned with 2 para-teachers who generally do not come to school to teach children. This village has 34 households with at least 150 people living. There is no lake, no river. The village has 3 handpumps out of which only two is functional. Source of livelihood is mainly cutting timber from the forest and selling it in nearby towns. Village does not have any primary health center and the nearest health facility available is in Hazaribagh. Similarly, youth for equality saw 2 more villages and is still going to few more villages to study their problems and prospects before deciding to adopt another village.

Prof. A.G. Rao (father of bamboo craft technology from IIT, Mumbai) came to Ranchi to train the bamboo craft technology to the poor section of society who gathered from all over the Ranchi District. Youth for Equality, Jharkhand took an initiative to invite Prof Rao to teach people of Lodhma village which is adopted by Y4E. But, now Prof. Rao has also agreed to teach bamboo technologist of entire Ranchi district. His training is scheduled to take place during 07-12-2010 to 14-12-2010. After that Assistant Professor of IIT Mumbai, Dr. Sandesh will take care for the next 6 months. In between Prof. Rao will be coming regularly for 4 weeks.

Panchayat election of Jharkhand of our adapted area is on 24th of December. All the preparation is going on.

Posted by Youth For Equality at 9:48 PM No comments: 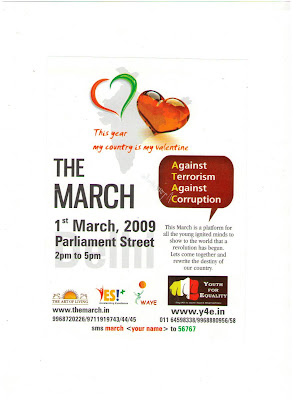 Aiming to mobilise over 1 lakh citizens to march together and raise a unified voice against corruption and terrorism.

His Holiness Sri Sri Ravi Shankar, Founder of the Art of Living Foundation, has conceptualized this march to awaken and empower citizens in order to create an on-ground structure that will actually effect a change in societal circumstances and situations. In keeping with His vision and mission of a stress-free, violence-free planet where individuals contribute towards the goal of a One-World Family, this initiative has a three pronged purpose:-


1) Creating public awareness and mobilizing people, organizations and communities towards the cause of rooting out corruption and terrorism from the country.
2) Organizing a forum and an activity structure in partnership with various NGO’s, bodies to involve citizen participation (esp. Youth) in the democratic process and address social issues.
3) Taking sustainable action at the grass root level, system level and policy level towards nation building


WHY DO THIS NOW?
India has the dubious distinction of being one of the most corrupt nations in the world, ranking a poor 45 of the 49 countries evaluated on the World Economic Forum Survey 2003 ‘Honesty’ index.

A dangerous manifestation of corruption is terrorism. According to the database information released by START (The National Consortium for the Study of Terrorism and Responses to Terror) 4,108 terrorist incidents occurred in India between 1970 to 2004 which put India into sixth place in Terrorism hit nations list. More than 400 people died in terror attacks in 2008. The actual figure is unknown.

As a country, we need to actively start moving in a concerted way against these twin evils that are now threatening our very existence.

The support and ownership of civil society is an important element in eradicating the problem
of corruption and terrorism.


HOW DO WE ACHIEVE OUR GOAL?
Youth For Equality and the Youth wing of the Art of Living, World Alliance for Youth Empowerment (WAYE) will spearhead this year-long nation wide movement, starting with this march, that will have the active support and participation of all sections of civil society including educational institutions, NGO’s, Residents’ welfare organisations, Youth groups, Social service organisations, Cultural organisations, Corporate houses, and Individuals from all walks of life.

The objective is to awaken and empower people, especially the youth, to participate in the democratic process.

Under the sensitization theme of “Make your Country your Valentine”, we endeavor to catalyze
this movement, across the nation, with a 3 fold solution: AWARENESS, ACCOUNTABILITY & ACTION.

The aim is to make the youth aware of their role and propel them to bring about social transformation by active participation in the democratic process.


So let us send out a call to our country to create a safe society. A society which has no fear in walking into an airplane, train, bus. Or when we enter a mall, cinema, hotel, with our children. Or our very own homes. 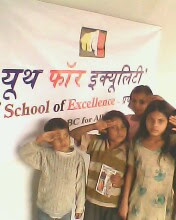 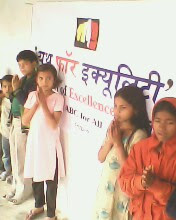 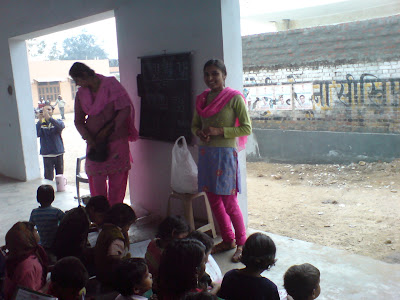 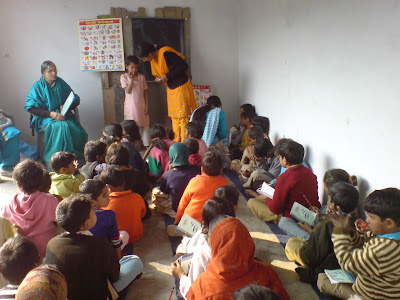 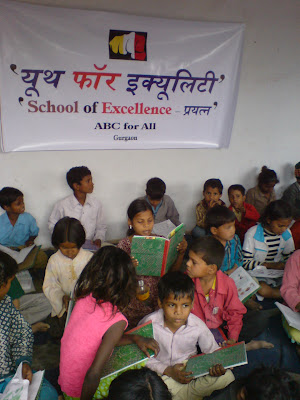 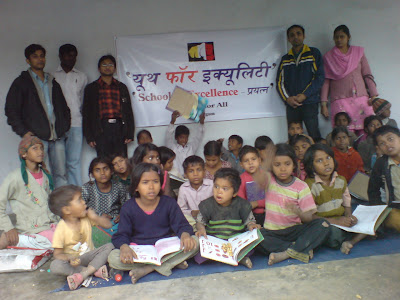 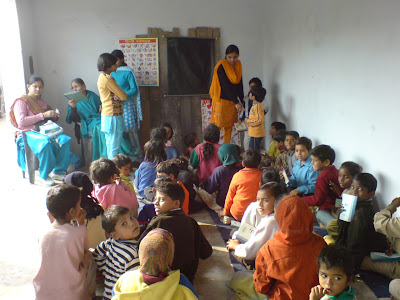 The number of migrant population is increasingly growing in the metros. Along with this, problems associated with migration are also escalating. The most notable problem is the education of the children of these people.

Cyber city Gurgaon is also facing this problem and an estimated 1.5 lakh migrant children are still not enrolled in any school of the city. Most of them are occupied in different industries of the city and are increasing ‘child labour’ problem. To cater their needs, YFE Education Cell has taken initiative of opening a ‘primary school’ with the support of people of ‘Mullahera’ village. YFE volunteers started school on 5th January 2009. ‘Sarpanch’ of ‘Mullahera’ has given panchayat land to YFE for this noble cause and assured his full support.

Survey has already been conducted to identify children in nearby slums and now they are coming for their regular classes. Besides our own volunteering efforts, retired school teachers are also providing their services to the school.

Overall, we are concentrating on the following issues in our ‘School of Excellence’ named ‘Prayatna’
1) Most of the children are drop outs from government schools, so our main emphasis will be re-admission of these children in the neighborhood schools.
2) To retain children in school is our prime concern. Attendance should not drop significantly at any point of time. To attain this goal YFE volunteers will be visiting to their home place or slums fortnightly.
3) Check the progress of each child weekly and emphasize on all possible ways to provide good, quality education. We will update progress report of each child online at school blog for review.

Our goal is put the children back into the formal schools as early as possible.

Blog http://yfe-school-of-excellence.blogspot.com/ is created to cover all happenings and objectives of school.

YFE Organizes Massive Rally against terrorism in Gwalior on 25 January

Terrorists are continuously attacking on our self dignity and we are watching them helplessly without doing anything against it. This helplessness is giving birth to new kind of slavery under the oppressors that are striking anywhere anytime. If we continue to be silent, then we have to face serious consequences for this inaction on our part.

This is the time when we should show that we are united and we will fight for our country against all evils that are threatening the integrity and spirit of our country.

Agenda
Raise our voice against terrorism and force government to act (no promises will work) against terrorism.
Making police and public communication to make people know about their responsibility as a citizen to avoid terrorism attacks.
Taking pledge to vote and vote efficiently.
Public discussion on changes that needs to be done in security policy.
Forcing government to close all international borders that have become easy route for terrorists.

Posted by Youth For Equality at 7:23 AM No comments: 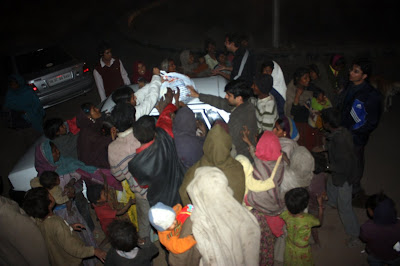 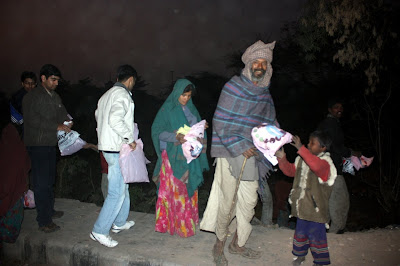 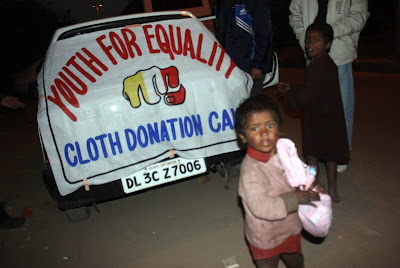 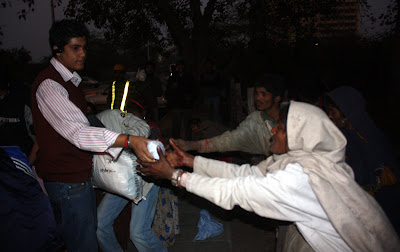 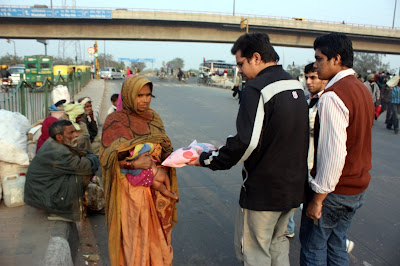 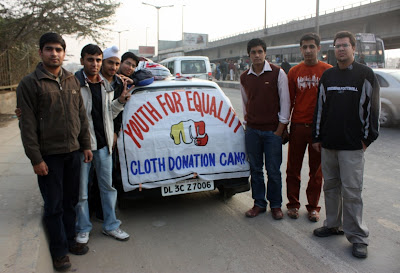 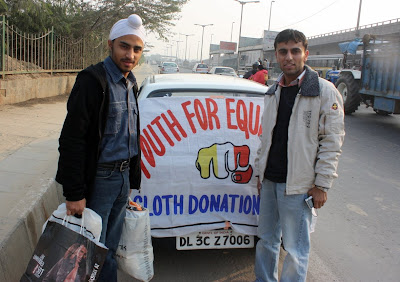 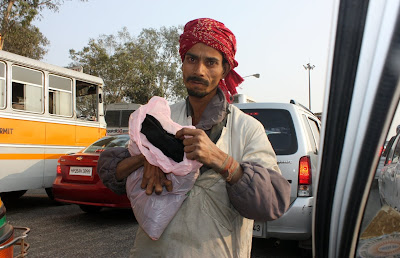 YOUTH FOR EQUALITY organized a cloth donation campaign on Saturday,10th january 2009 for the needy people living on the streets of Delhi who cannot afford to buy warm clothes in this chilling winter. We tried to cover maximum possible slum areas including Nizammudin, Sarai Kale Khan and Govindpuri. YFE members , Sourabh, Sachin, Robin, Aasish, Raghav, Abhishek, Arun, Ranjan and Gautam played an active part in the event. They handled everything ,right from collection, packing and distribution of clothes.We are planning more clothe donation camps in this month. We know this may not be the solution for the misery of the people but this is a humble start from our part. We invite everybody in Delhi to donate clothes which are not of much use to them as they can be of great use for these needy people.

Posted by Youth For Equality at 7:37 AM No comments:

Why politics is a safe home for Criminals 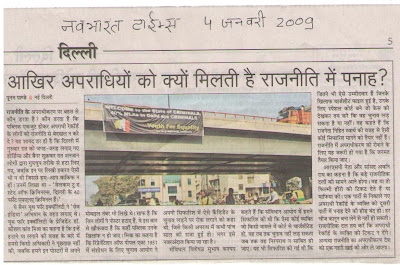 Posted by Youth For Equality at 3:15 AM No comments:

Youth For Equality
Youth for Equality (YFE) is a group of alert aware citizens who share the youthfulness to believe in ourselves to "Get the system right and keep the system right". As a young nation - We share the aspirations of our members from all age groups - school and college students, working professionals, house wives and older and wiser retired gentlemen. YFE has branches across the nation and beyond the shores of the country as well. Its in collective effort and wisdom, we see the dream of an India of Equality.